Its true when they say that Blood Relations cannot be Broken Easily, ‘easily’ echoing in Yasir’s hands, unless blood is involved. The same blood which now dripped from his knuckles and formed a puddle; red with the stains of the sins they beheld.

This long day is now over, the darkness has engulfed the late afternoon time, sun is up for most part of the city but not for this wretched factory storeroom. Everything is neatly placed where it should be, two bodies lying with each other balancing the concepts of life and death; yin and yang. The body not breathing is now finally alive and the other has died forever just some oxygen passing through, organs struggling to be called alive.

Power, Fame & Money; are the truths of life or is it the biggest lie ever told? Why is it that we think about the big questions in life in situations like these – he asked himself, now the blood getting under the shirt and the slime brewing a foul smell. Never imagined inhaling the smell of blood mixed with honey, he smirked at his odd sense of humour, bloody sweet.

Anger is a justifiable defence, hopefully, he thought not because capital punishment haunted him but his own conscience. Isn’t it our conscience which makes us do horrible things so why are we scared of the guilt it will cultivate? Her nails had been long and also had nail paint, he just noticed this now. It looks cute too, the blue stripes with red background and a subtle reason to smile again resurfaced.

Am I happy with my life? The question now even more clear in his rather numb mind. It has been a good 10 minutes since these love birds had been lying together playing death and life. Death preceding life indicates an everlasting victory, there are no trumpets though; sad.

Love is a strange feeling indeed, it is a set of emotions, strong and deadly. He agreed with himself. It had driven them, both of them to this day. Is it his punishment to live with this guilt for loving her? Is it his fault for letting her father know about their decision? Is it wrong to be right?

He had taken a day off as it was a big day for both of them, finally Yasir would meet Hira’s father at his factory. It would be a small tea talk or ‘talk over tea’ as she liked to call it. He smiled as amongst all this stench was the smell of chai, must be cold by now. Saturday is off at factory maybe that’s why today was a perfect day for this malice.

It’s strange how the death of one can be so painful while the death of others does not budge an inch inside your heart. There’s a dead body lying a bit far away too but its dead, really really dead. He died before killing himself but Yasir has to live now he knows but for now he just wants to close his eyes and rest a bit, it has been a long day. Its true that Blood Relations cannot be broken so easily unless Blood is involved.

He closed his eyes breathing all the foul smell of blood, hatred & honour – bloody honour indeed. 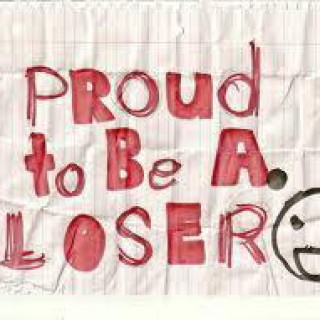 That condemned guy who's only fault was to believe on the scripture. Now his time is up to keep posting on his personal journal and to make the bitter part of him to do intellectual suicide everyday in those TTM sessions. Currently living in Lahore done with ACCA and working as a lecturer at a university. Here to speak out his mind.